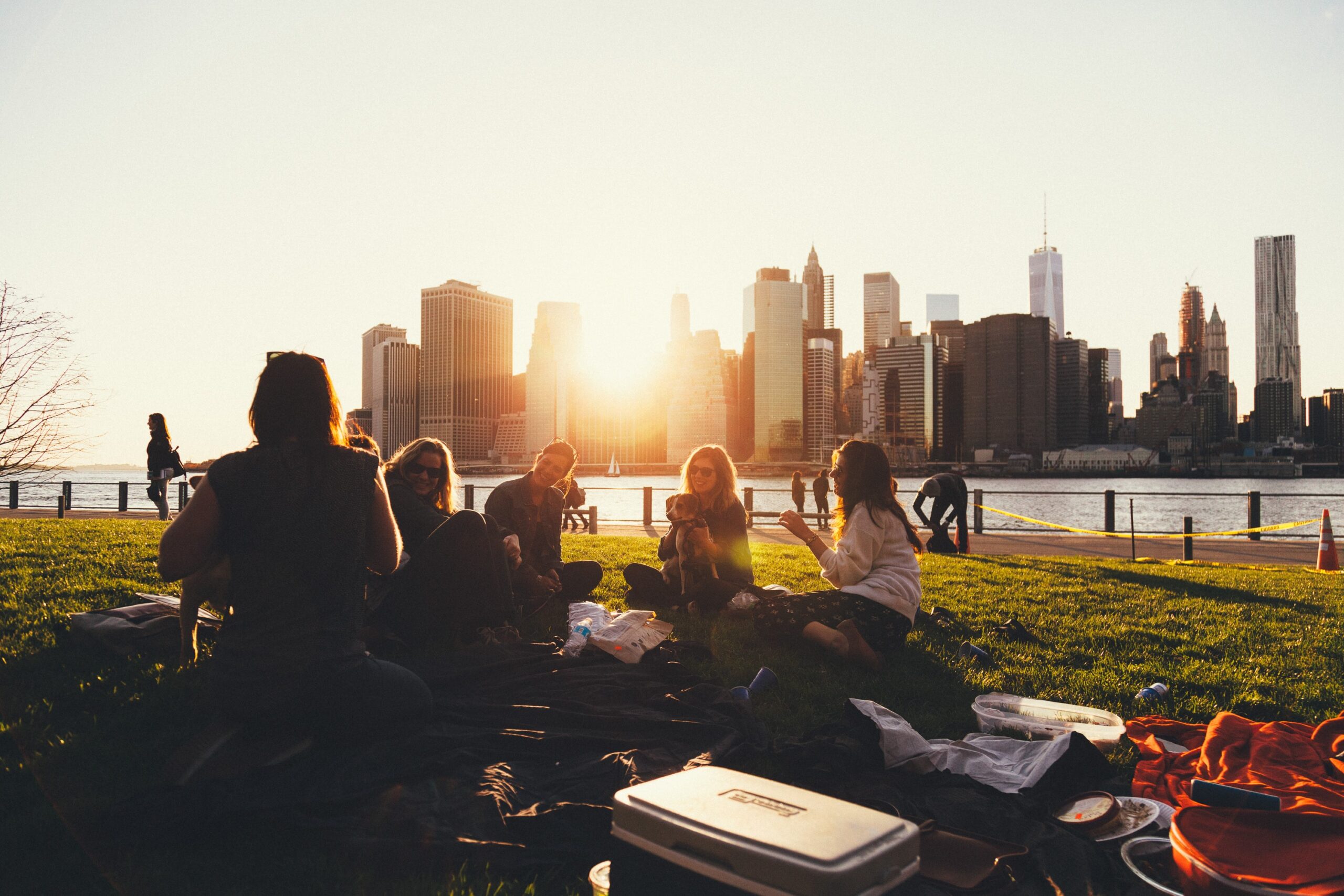 The American Communities Project has filtered those county data through our 15 county types to understand the larger trends in economic deep disadvantage. In this series, the ACP explores which communities tend to struggle, which ones thrive, why, and how some communities break the pattern of others in their type. The four parts are: Communities of Color, Young and Mobile Communities, Urban Communities, and Rural White Communities.

In the midst of mass protests, a pandemic, and deadly shootings, images and discussions of cities’ dire straits fill the media. Some longer-term indicators suggest a better outlook. America’s Big Cities and suburban counties (Exurbs, Middle Suburbs, and Urban Suburbs) fare comparatively well on income, health, and social mobility, according to the American Communities Project’s analysis of Poverty Solutions’ data. That’s because 65% of the four population centers are categorized as most advantaged or advantaged, 30% are neutral, just 5% are disadvantaged, and unlike other community types, none of these 449 counties is considered most disadvantaged. Below is the spread of disadvantaged, neutral, advantaged, and most advantaged among the four community types.

The Breakdown Within the Four Urban Community Types

When funneling down to the individual community types, the disparities in advantage emerge, with Exurbs and Urban Suburbs doing very well, while Big Cities and Middle Suburbs have more neutral pockets and some disadvantaged areas.

Nearly half the nation’s 47 Big Cities (47%) are neutral, neither disadvantaged nor advantaged. These include places like: Dallas County, Texas, where the life expectancy is 79 years, on par with the national average, while the poverty rate is 18%, and Miami-Dade County, Florida, where life expectancy is 82 years and poverty stands at 19%. (The national poverty rate is about 15%.)

As these poverty rates show, there continues to be much room to improve well-being in urban areas. Of the nation’s 47 Big Cities, 19% are considered disadvantaged. No suburban community type has close to this share of counties in disadvantage.

Consider the two cities at the low end of the index spectrum: Baltimore city, Maryland, at -3.22 and Philadelphia, Pennsylvania, at -3.07. In Philadelphia, long considered the poorest big city in America, 26% of people live below the poverty line. In Baltimore, 22% do. In Philadelphia, the life expectancy is 75 years; in Baltimore, it’s 74. Both Mid-Atlantic cities have been struggling with gun violence in recent years as well as continued racial segregration.

More than one-quarter (28%) of counties fall into the advantaged category, and 6% are deemed most advantaged, with higher incomes and life expectancies.

Of the four community types, Exurbs on the fringe of metro areas are doing the best on the measures of disadvantage. Of these 222 affluent, mostly white communities, 46% are considered advantaged and 33% are deemed most advantaged.

In some cases, they have dramatically different well-being quotients than their adjacent Big Cities. One of the most advantaged Exurbs is Bucks County, Pennsylvania, bordering Philadelphia to the northeast. The disparity between these neighboring counties comes into view when examining Bucks County’s Index status at 1.98. Digging deeper, Bucks’s life expectancy is 80 years (five years more than Philadelphia’s); its poverty rate is 6%. It’s a similar story in Anne Arundel County, an Exurb in Maryland adjacent to Baltimore City. Anne Arundel is considered Advantaged at 1.57 with a poverty rate of 6% and a life expectancy of 80 years.

The majority (51%) of the 77 Middle Suburbs are neutral, and have the most room to improve of the suburban-oriented types. These counties, in the Northeast and Midwest, where many union workers live, have been experiencing the adverse effects of globalization for the past two decades. Many have been hit hard by the opioid epidemic. Despite some unfavorable conditions, 36% are in the advantaged category and 9% are considered most advantaged. Just 4% are disadvantaged.

Consider Lake County, Ohio, bordering Cleveland to the south and Lake Erie to the west, an advantaged county, where the Index is 1.17, the poverty rate is 8%, and life expectancy is 78 years. Like other Middle Suburbs, many residents have been wrestling with opioid use; the suburb has also been struggling to support an aging population and trying to draw millennials by converting post-World War 2 housing. (The American Communities Project wrote about Lake County’s challenges and opportunities in 2018.)

These 103 affluent, well-educated, multicultural hubs hugging Big Cities are closest to Exurbs’ status, with 30% advantaged and 34% most advantaged. However, these counties are much more diverse than their Exurban counterparts. Just 7% of Urban Suburbs are disadvantaged while no Exurbs are in that category.

Again, these numbers point out that counties so close can seem a world away.