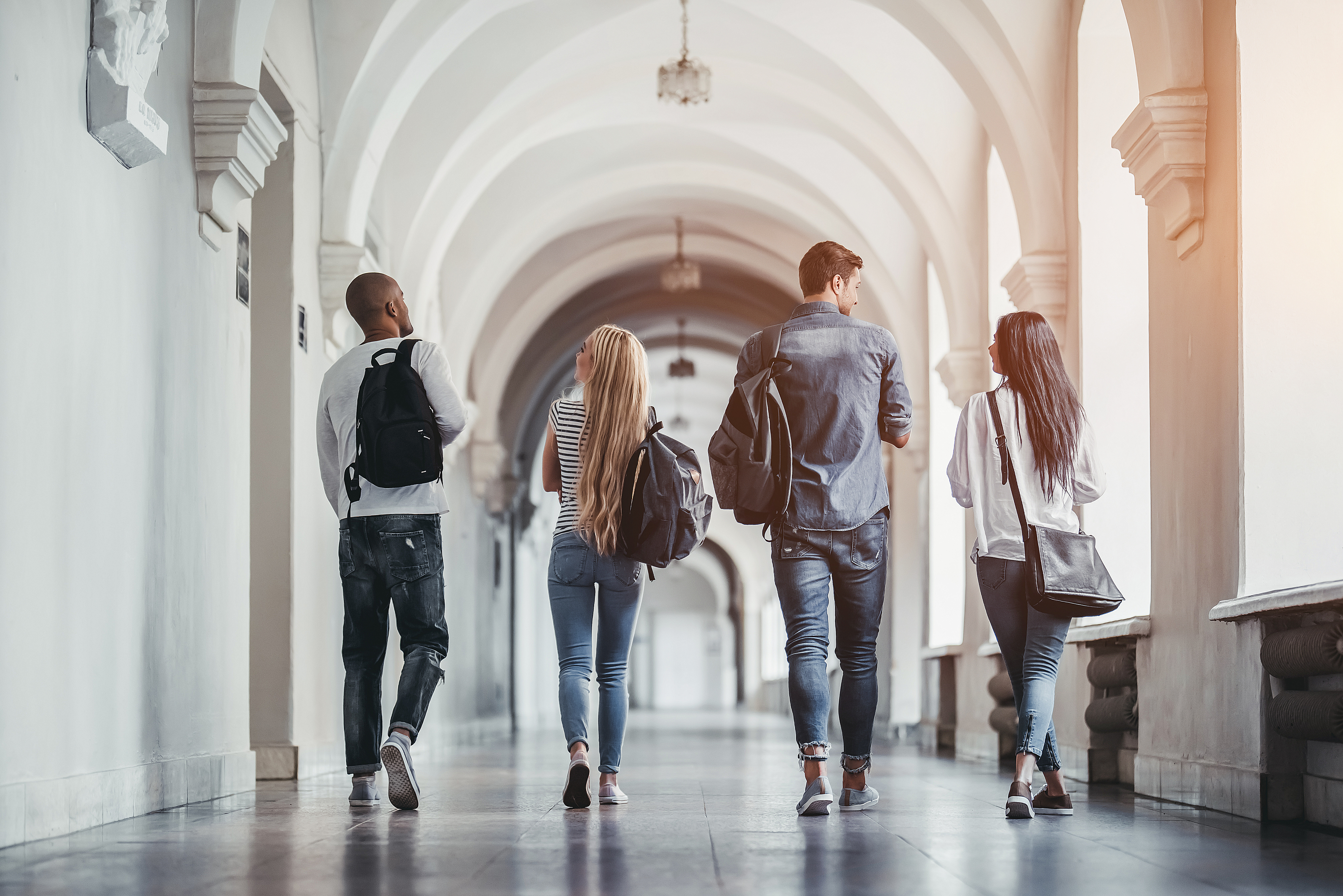 The American Communities Project has filtered those county data through our 15 county types to understand the larger trends in economic deep disadvantage. In this series, the ACP explores which communities tend to struggle, which ones thrive, why, and how some communities break the pattern of others in their type. The four parts are: Communities of Color, Urban Communities, Rural White Communities, and Young and Mobile Communities.

We wrote about Communities of Color in March. This post concerns the Young and Mobile Communities, counties labeled as College Towns and Military Posts in the ACP.

Economic disadvantage in the United States in 2020 is driven by more than the urban/rural or red/blue divides that dominate the news. Factors such as income, health, and economic mobility all play major roles — and when you combine them with the geography in the American Communities Project the contours of disadvantage in the nation become clear.

An overall look at the 3,100-plus counties in the United States finds some good news. Only a very few, about 5%, fall into the category of Most Disadvantaged. At the same time, 50% of U.S. counties fall into the top two categories, Advantaged and Most Advantaged.

In fact, between the Neutral, Advantaged, and Most Advantaged categories, 80% of U.S. counties seem to provide residents with an environment that at least does not serve as an impediment to them. When you combine the Index with the 15 ACP county types, however, the numbers look very different.

With the ACP, two county types stand out for fairly unique circumstances, the College Towns and the Military Posts. Both are marked by young populations that tend to cycle through the community: arriving from elsewhere, staying awhile, and often moving on. In terms of economic advantage and disadvantage, these two types look similar.

Both types tend to score lower in the economic disadvantage groups and score higher in the neutral and advantage groups. However, they don’t have as many communities in the top-tier of most advantaged places. That may be because of their unique nature. Both community types are home to big institutions that are stable, but that don’t necessarily produce rapid growth in the local economy. Universities and military bases also tend to produce turnover. Many people come, stay for a while, and then move on.

Perhaps what’s most unique about these Young and Mobile communities, as they tend to produce stable or solid economic growth, is that they often do so without the aid of a large metropolitan area. Their more scatter-shot spread around the country, as shown on the map below, means they are often islands of opportunity or solidity in areas that may otherwise be struggling economically. Almost every state has one type of community or the other or both.

The 89 Military Post counties are located in and around military installations do very well in the economic ratings. Only 12% reside in the Disadvantaged group, while more than 50% sit in the two Advantaged groups. Those numbers are slightly better than the national county figures overall. While some of those places tend to be somewhat rural, they have a big advantage that other rural communities do not: a big institutional employer. Military bases not only bring and keep people in the areas, they also bring businesses and services to cater to populations in and around them.

Consider Ward County, North Dakota, home of the Minot Air Force Base, many of the nation’s bombers and ICBMs. That’s a lot of machinery that needs servicing and care, and that means people with an education – about 29% here have at least a bachelor’s degree which is high for a rural community. Minot AFB is home to about 11,000 people, about one-sixth of the county’s population. That’s an employer that isn’t going out of business in a recession or because of foreign competition.

The 154 College Towns in the ACP don’t do quite as well in the study; 19% are in the Disadvantaged group, while 44% are in the Advantaged classification. At first blush that may be surprising, but there are a few factors at play. Even more than in the Military Posts, much of the population is transitory, coming for a few years to learn and then move on. And remember when those young people are there, they are receiving the education that will make them high earners, but they don’t have it yet. Furthermore, many of these locales are pretty rural.

Think about Clarke County, Georgia, home of Athens and the University of Georgia, which falls into the Most Disadvantaged group in the study. A lot of brains and tuition pass through Clarke, but it is locked pretty close to campus with students working lower-paying jobs. When those same students graduate, they usually leave town and earn their post-college salaries elsewhere. That’s not the entire story, of course. For every Clarke County, there is more than one Dane County (Advantaged), home of Madison and the University of Wisconsin, or an Albemarle County (Most Advantaged) around the University of Virginia. But it helps to remember that not all College Town communities are pockets of wealth.