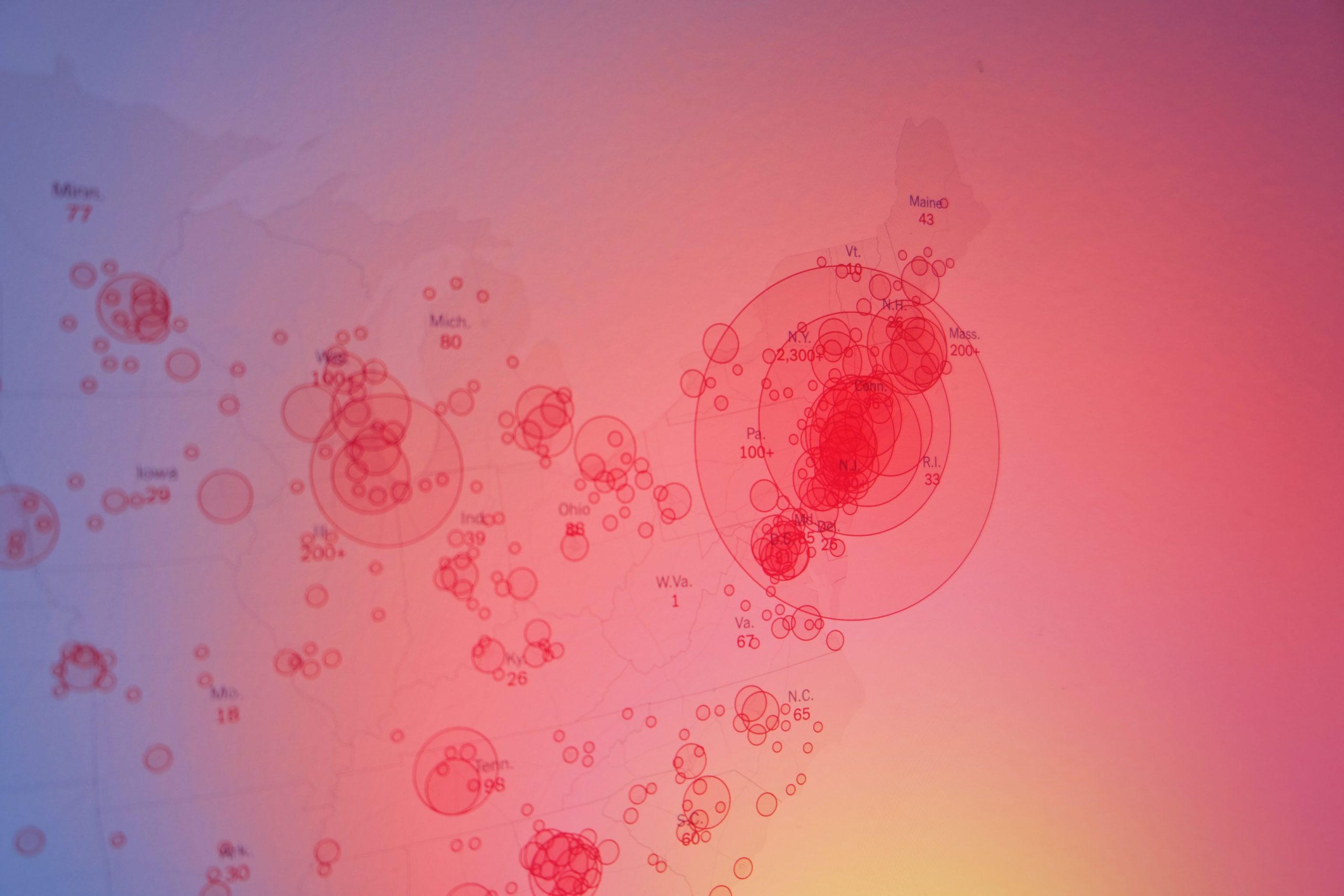 As the Covid-19 pandemic has spread across the country, its impacts on the county types of the American Communities Project have changed. The urban places that were once the biggest hot spots are not anymore. Instead, a selection of rural communities has come to dominate the “cases per 1,000 population” breakdown.

Using that measurement, the communities that have seen the highest numbers of Covid cases so far are the Native American Lands, LDS Enclaves, and Aging Farmlands. All are currently higher than 100 cases per 1,000 people, meaning they have infection rates above 10%. Nationally, the figure sits at about 78 cases per 1,000 Americans.

Those three community types hold very different kinds of populations in terms of age and race, but they share one common factor: They tend to be fairly sparsely populated. At the outset of the pandemic, that spread of population was seen as an advantage with a virus that spreads through close contact between people. Now that we’ve passed the one-year anniversary of Covid-19, the data suggest that initial theory didn’t account for many other important factors.

These numbers suggest that differences in community attitudes on issues such as masking, gatherings and, in a broader sense, politics (since Covid-19 has become politicized) likely have bigger impacts than sheer density.

But the differences in the relative caseloads stand out. Urban Suburbs now sit below the national average. At the same time, Native American Lands now stand far above the other types with a total of 120.8 cases per 1,000 people.

Messages in the Numbers

What’s driving those changes and differences in the numbers is hard to pin down with more research or reporting visits (which have become difficult during the pandemic), but what the ACP knows from contacts in those communities offers some possibilities.

The struggle with Covid in Native American Lands has been a continuing story throughout the pandemic, going back to last spring and summer, when some tribal lands closed themselves off from visitors. Those counties had high death rates early in the pandemic and tend to have above average numbers for diabetes, a disease that can increase the severity of the virus. The January data shows that cases are still very high in those places.

The high numbers in Aging Farmlands are more surprising. Many of those counties are very small, holding just a few thousand people, which would seem to lessen the likelihood of transmission. But reports the ACP has gathered from Aging Farmland communities suggest that masking warnings are not always being heeded. For example, in Gove County, Kansas, Ericka Nicholson, Economic Development Director and president of the local volunteer ambulance service, has written about the friction in her community for the ACP.

Driving the higher-than-expected jumps in the LDS Enclaves and Evangelical Hubs may be a drive to attend religious services in person. Those communities tend to hold large number of religious adherents who attend church regularly. Church attendance is an important part of life here. An October survey from Lifeway Research, an evangelical research firm, found that evangelical ministers were less likely than others to say they have not held services in person.

It should also be noted that Aging Farmlands, LDS Enclaves, and Evangelical Hubs all voted heavily for Donald Trump, who had questioned mask mandates, in November.

While the spike between May and January hit everywhere, some communities showed a relative improvement in their infection rates.

Urban Suburbs and Exurbs, which are both among the best educated and wealthiest types in the ACP, are both below the national average for infections, even though they are fairly densely populated. Those are also communities with very high health insurance coverage rates and large numbers of workers who are probably able to transfer their work to home. They hold a lot of advantages in the pandemic.

College Towns were singled out in the fall for having high infection rates as students came back to campus and did what students tend to do, socialize. But the January numbers show rates in those communities are lower than most. That’s despite the fact that Covid testing is a part of the regimen on many campuses, which means cases are probably being caught. It suggests that there has been some success in virus containment measures, perhaps because of pushes from college administrations for students to mask up.

The low infection numbers in Military Posts are also worth noting. Many of those counties are fairly rural, but the bases on them can be very densely populated and personal interactions are an important part of everyday life. And yet, at 68.1 infections per 1,000 people, these communities are doing better than almost every other in the ACP. The numbers suggest that discipline and following orders, two things Military Posts do well, can make a big difference with the virus.

The extremely low numbers for the virus (relatively speaking) in Graying America, will need more study, but behind them could be caution from older populations combined with the fact that many of these communities are vacation areas. The pandemic has lessened some of that travel.

This is just a first look at these changes in Covid infection rates. In the coming weeks, the ACP will be reaching out to people in communities around the country to see how these numbers match the reality they see on the ground.