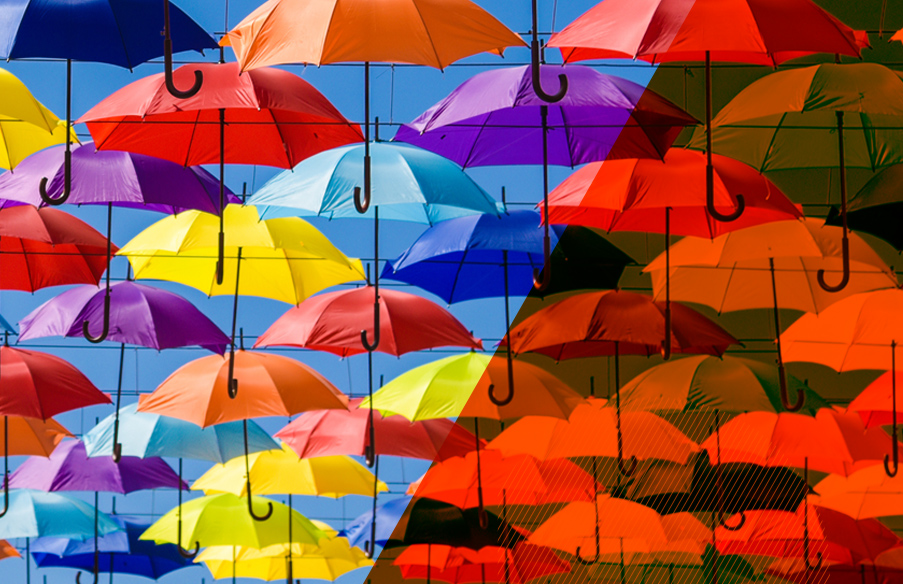 Editor‘s Note (Jan. 9, 2019): There is a robust dialogue in climate science about whether to use the term “belief” when discussing climate change, a process that is occurring with unequivocal evidence. Here, in summarizing the results of a survey asking about whether respondents think climate change is happening, we use the term belief in the sense of agreement.

Climate change has become an increasingly polarized discussion over the last decade, but America is not as divided as it may seem.

“We are seeing worry go up,” says Jenn Marlon, a research scientist at Yale’s School of Forestry who produces the Yale Climate Opinion Maps alongside other researchers from Yale, Utah State University and University of California, Santa Barbara. “We are not necessarily seeing stronger support for policies, and beliefs aren’t changing as fast as worry is. But worry is often the first thing to change.”

We took a closer look at climate change opinions using the American Community Project‘s typology, revealing where communities largely agree, and where opinions diverge. There is a widespread understanding that the world is warming, though communities see the causes and solutions somewhat differently.

The majority of each ACP community type thinks that global warming is happening, according to the survey’s estimates. (The survey uses the term global warming because it is “associated with greater public understanding, emotional engagement, and support for personal and national action than the term ‘climate change.'”)

Across all 15 community types, however, agreement drops when taking into account whether humans are responsible. In Evangelical Hubs, Working Class Country, LDS Enclaves and Aging Farmlands, less than half of these communities think global warming is human-caused.

Currently, the country’s belief that global warming is happening is at a “high water mark,” Marlon says. After dipping to 57% in 2010, national belief hit 70% this year. Agreement on whether global warming is human-caused has also gone up overall in recent years, reaching 58% in 2018, compared to a low point of 46% in 2010.

Marlon hypothesizes that recent rise in beliefs may be tied to the current administration’s lack of action to address climate change, as well as natural disasters, like hurricanes and wildfires, that are exacerbated by climate change. “Things really seem to be escalating and seem to be rising to new levels of intensity,” she says.

Scientists are also increasingly sounding the alarm that climate change is an urgent crisis. The National Climate Assessment, a report by 13 federal agencies released on Black Friday, offered the starkest warnings yet of how climate change will harm the country — findings that President Donald Trump denied. Just a few weeks before, a United Nations report warned that the world needs to rein in emissions by 2030 or temperatures will rise to catastrophic levels.

The survey also took the nation’s temperature on policies to mitigate climate change at the individual, industry, and federal levels. “I think of our survey as holding up a mirror to the public,” Marlon says.

One area where communities’ opinions notably diverge is on a carbon tax, a policy that the nonpartisan Tax Policy Center explains “puts a price on those emissions, encouraging people, businesses, and governments to produce less of them.”

In Big Cities and Urban Suburbs, 72% of people support requiring fossil fuel companies to pay a tax on their carbon emissions and using the money to reduce other taxes, such as income tax, by an equal amount. On the other hand, only 55% of LDS Enclaves and 58% of Aging Farmlands support a carbon tax.

“We are more divided on a carbon tax than on some of the other potential policy avenues,” Marlon explains. “Just putting the word tax on anything is kind of a signal to people. Liberals tend to be more OK with taxes. Conservatives tend to be more anti-taxes. There is a much more political dimension to that word itself, let alone that is about an environmental issue.”

Washington state, which elected several Democratic lawmakers in the midterms, failed to pass what would have been the country’s first carbon tax in November. According to Time, the fossil fuel industry spent millions of dollars opposing the tax, eclipsing the money raised by supporters. Later that month, a bipartisan group of congressmen also proposed a national carbon tax, though it seems unlikely the bill will advance; similar measures have not succeeded in the past.

CO2 as a Pollutant

There is more widespread support in American communities for regulating carbon dioxide, the primary greenhouse gas, as a pollutant. Between 70% and 80% of all communities agreed with this policy.

“Support is likely high because people consistently recognize the value and benefits of clean air and clean water,” Marlon says. “The policy here does not call out particular industries or clarify who would be most affected, and it doesn’t invoke taxes.”

During a contentious case in 2007, the U.S. Supreme Court chastised the Environmental Protection Agency for not regulating carbon dioxide and other greenhouse gasses, ruling that regulation fell  “well within” the agency’s authority under the Clean Air Act. This ruling gave the EPA the authority to regulate auto emissions, and the case could resurface if Trump’s EPA follows through on plans to loosen auto emission standards.

Renewable energy has the highest support across the board of any policy. More than 80% of each community type said they would support funding research into renewable energy sources.

“There’s a misconception out there that not everybody is on board, that many people don’t want this,” Marlon says. “When in fact that isn’t true.”

Last year, Rep.-elect Alexandria Ocasio-Cortez (D-N.Y.) proposed an ambitious Green New Deal calling for a nationwide transition to 100% renewable energy, among other measures. This month House Democrats created a select committee on the climate crisis, which does not include the same demands as Ocasio-Cortez’s Green New Deal.

Overall, Americans seem to have an appetite for federal policies tackling climate changes, though support differs by political party. Another recent poll, this one by Monmouth University in New Jersey, found that 69% of Americans support the government taking more actions to reduce activities that cause climate change, including 85% of Democrats, 70% of independents, and 51% of Republicans.

Another point of general agreement is teaching about global warming in schools. Across communities, support ranged from 71% to 83%, with Big Cities on the high end and Evangelical Hubs on the low.

In every community type, support for teaching about global warming is even higher than agreement that global warming is ongoing. Marlon notes that only 14% of people believe global warming is not happening. “So it makes sense that everyone else, even if they are doubtful about its causes, would still like to know more about it and they see the value of teaching our children about it,” she says. “This is consistent with the very high numbers of Americans who see this issue as a growing problem for future generations.”

Information on climate change doesn’t seem to be disseminating frequently and widely through the media. Less than a quarter of all communities said they hear about global warming in the media at least once a week, and the results were relatively even across the country.

“Climate change is almost never talked about in the mainstream media,” Marlon says. “It’s just a teeny drop in the bucket.”

Disasters like the wildfires in California and hurricanes Harvey and Maria may inject the issue of climate change into the national consciousness temporarily, but coverage often fades away until the next tragedy. “The way climate change works doesn’t match with our news cycle,” Marlon says. “It is, by definition, a long-term problem.”

The challenge is finding ways to talk about climate change that resonate. “Climate change is not on people’s daily radar, it’s not on the menu,” Marlon explains. “But also people avoid it in some cases because they think it will spark debate and conflict. Or it’s too depressing. They don’t know enough about the solutions, the really positive and uplifting stories of people who are working on it.”