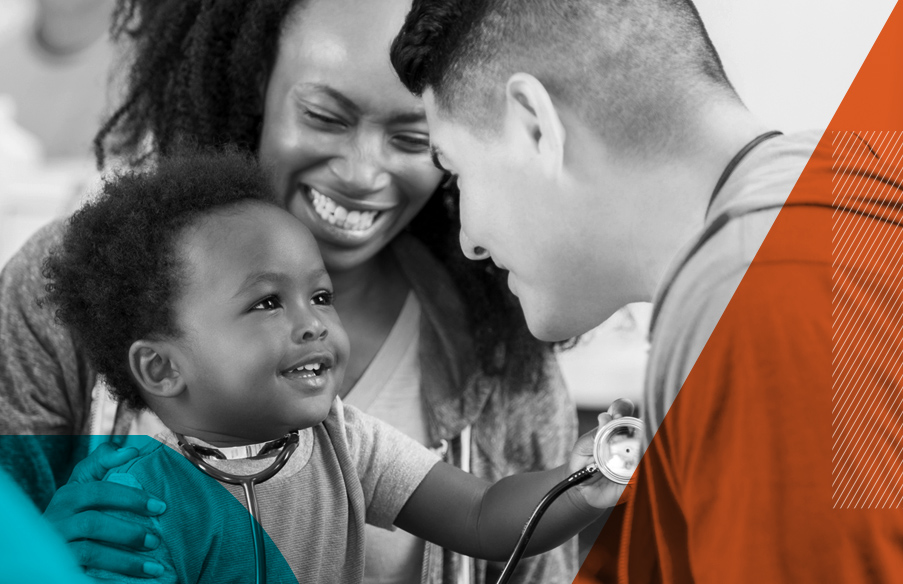 Editor’s note: The American Communities Project explored health and socioeconomic trends across our 15 community types in our first report in the fall of 2018, supported by the Robert Wood Johnson Foundation. We also took deep dives into five communities of different types, including Dallas County, Texas, a Big City. There, we met with W. Stephen Love, President/CEO of the Dallas-Fort Worth Hospital Council, about health issues on his radar. In this post, he discusses the scope of Texas’ uninsured problem and offers possible solutions.

“History will judge us by the difference we make in the everyday lives of children.” —Nelson Mandela

In Texas, one in nine children in the U.S. lives in Texas — a statistic that is most certainly a blessing. At the same time, Texas is one of 14 states that has not expanded Medicaid. What’s been the effect of Texas’ refusal to expand Medicaid? When many children here have no health insurance, has our state turned a blessing into a complex medical problem? 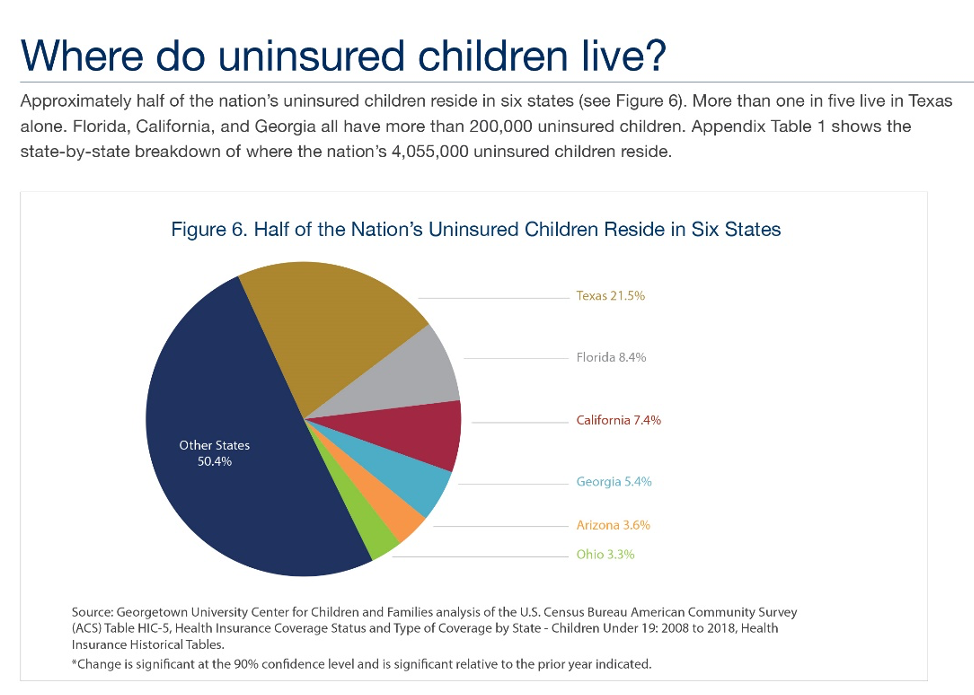 Our children’s health is affected by several social drivers, including poverty, transportation, housing, education, and nutrition. A child who is hungry will not focus on school education, creating an endless cycle of struggle. In 2018, the Center for American Progress stated that the poverty rate for children in Texas was 20.7%. With so many of these factors influencing our children’s health, where can they go for treatment when they have no health insurance?

Why Texas’ Uninsured Rate Is So High

There are many reasons for such a high percentage of uninsured children in Texas. It’s worth noting that “working poor” families barely exceed the threshold for income eligibility levels. Many parents have seasonal work in construction or the oil industry, so while a child might qualify for Medicaid or Children’s Health Insurance Program (CHIP), it will only be for part of the year. According to The Urban Institute, 60% of the uninsured in Texas have family modified adjusted gross income (MAGI) below 138% of the federal poverty level, and 88% have family MAGI below 300% of the federal poverty level.

Texas, in particular, has a high proportion of Hispanics who are uninsured — approximately 61% of the state’s total uninsured population are Hispanic. The Center for Children and Families Executive Director Joan Alker has noted that since Texas has high rates of uninsured adults, children of those adults are less likely to be covered. “We know kids who are uninsured don’t do as well in school, don’t have good outcomes educationally or economically, so this is an issue policymakers need to pay attention to,” Alker added.

In addition, the discussion, comment period, and misunderstandings around the public charge issue have impacted parents’ decisions to enroll children in health programs, such as CHIP. “Public charge is an individual who is likely to become primarily dependent on the government for subsistence,” according to U.S. Citizenship and Immigration Services. The public charge rule was set to go in effect in October 2019, but a nationwide preliminary injunction blocked it from going forward.

How Medicaid Expansion Fits In

A direct correlation exists between states that did not expand Medicaid and children’s high uninsured rates. Yes, Texas was one of those states that stood firm in its refusal to expand Medicaid. However, public opinion in Texas has been shifting. A Episcopal Health Foundation survey taken last year showed that 64% of Texas residents support expanding Medicaid.

According to Cover Texas Now, the Lone Star State’s uninsured rates across the cultural board, regardless of race, are higher than national averages. Drilling deeper, in 2018, 4.3% of U.S. children under six had no health insurance. Unfortunately, more than half of these uninsured preschool children reside in seven states, with Texas home to a disconcerting 19.4% of the total. 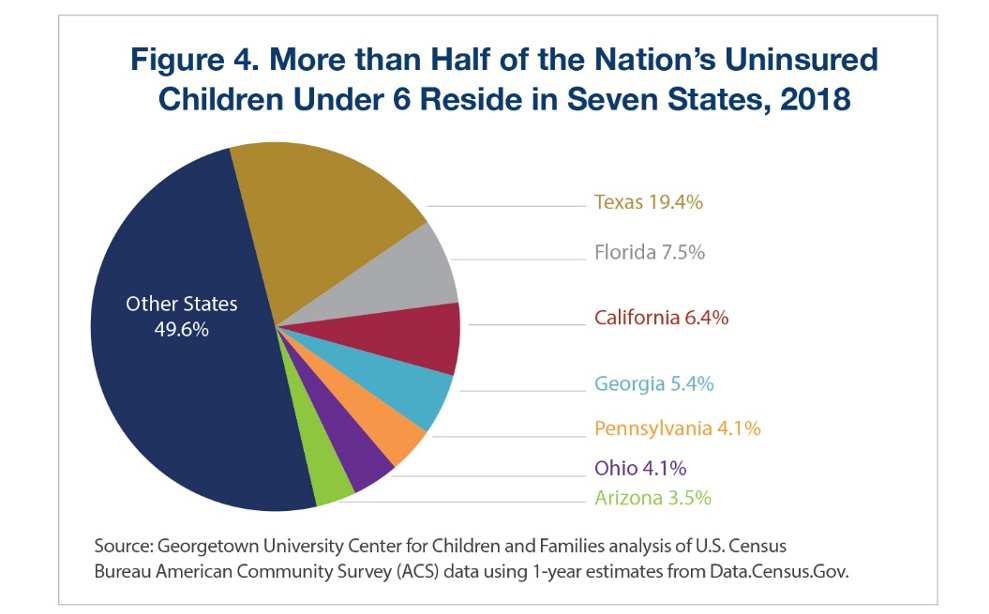 Following years of steady decline, the Georgetown University Health Policy Institute Report found the national rate of uninsured children increased significantly between 2016 and 2018. The consequences are real. For example, the American Academy of Pediatrics recommends that children should have 15 well-child checkups by age six. If a child lacks health insurance, this essential care will not take place. 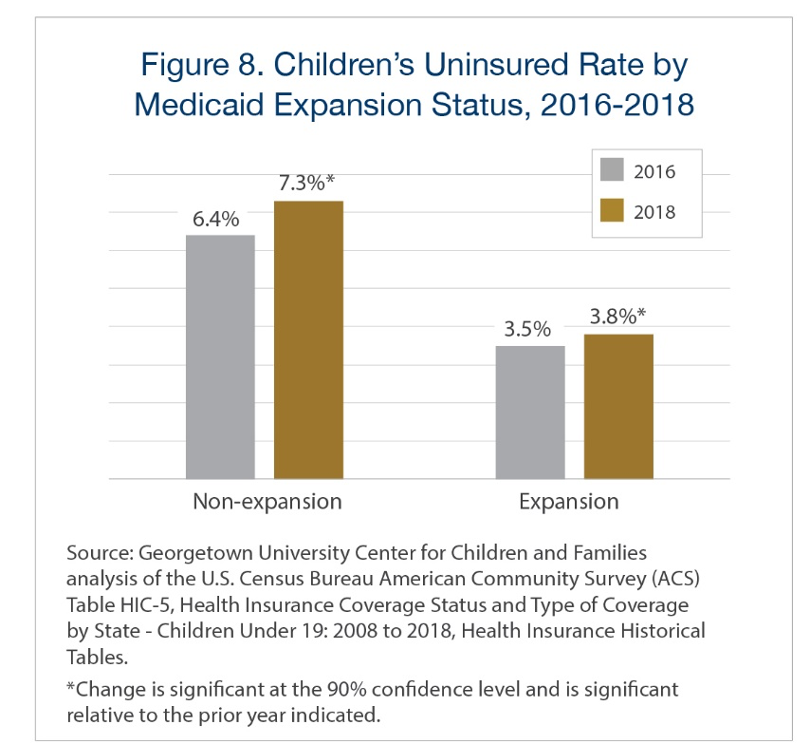 The common denominator influencing the uninsured numbers in Texas: The state did not expand Medicaid coverage.

Providers certainly respect differing viewpoints regarding the Affordable Care Act (ACA), but now is the time for Texas stakeholders to come together and agree to resolve our uninsured problem. We need to set aside preconceived notions, cooperate, and compromise in order to help all Texans, especially our children. Our legislators, business leaders, and community partners care very deeply about our children. We realize many are apprehensive about expanding Medicaid, but let’s, at least, start the discussion to improve access and coverage with a guiding principle of making the children in Texas as healthy as possible. To begin, Texas stakeholders need to collaborate to streamline the children eligibility requirements and educate parents about enrolling their children in Medicaid and CHIP. 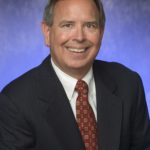 Stephen Love is President/CEO of the Dallas-Fort Worth Hospital Council.