What’s Behind the Gaps

Factors such as crime, environmental toxins, and the availability of safe and affordable housing can all impact people’s ability to live long, healthy lives. Researchers are also now looking closely at the impact that income inequality has on how long and well people live. According to new data from the U.S. Census Bureau, the gap between the rich and poor is the widest it has been in 50 years. Income inequality is associated with poor health outcomes for city residents, such as higher heart failure rates and poorer mental health. The potential effect on life expectancy seems clear.

What the Data Say About Income Inequality

To better understand the impact on life expectancy, the Dashboard team dug into our measure of income inequality, which looks at the concentration of households in the bottom 20%, those making less than $25,000 per year, versus the top 20%, those making more than $125,000 per year, of the national income distribution in a city or neighborhood. We found that cities with higher concentrations of households in the top 20% tended to have longer average life expectancies. While these city averages are important, the Dashboard lets you dig deeper and look at neighborhood-level differences within a city to view income inequality and its impact on life expectancy or other factors that affect health. We saw the same conclusions about income inequality as we dug deeper. Neighborhoods with higher concentrations of people in the top 20% of economically privileged people again had longer average life expectancies, although the correlation was not quite as strong. 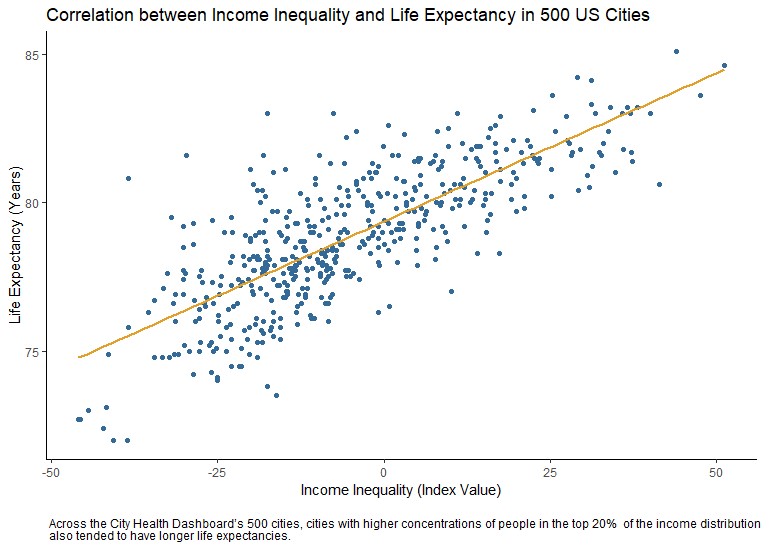 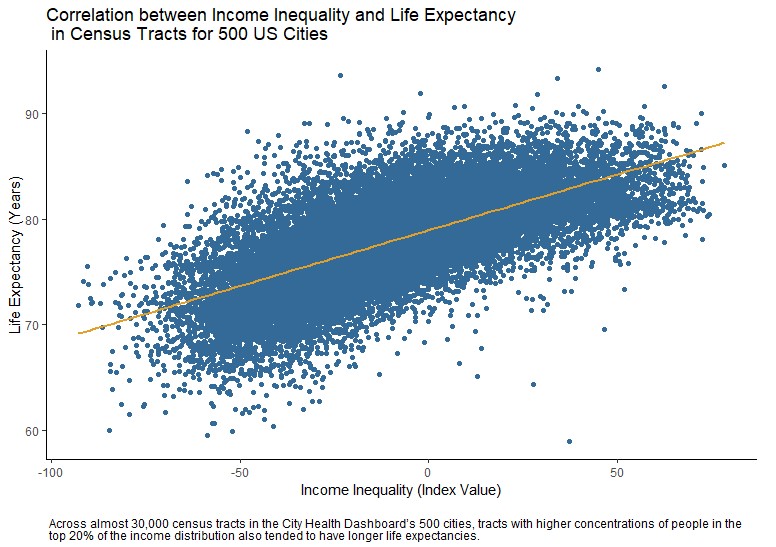 For example, in New York City (a Big City), one section of Brownsville, Brooklyn has the highest concentration of economically disadvantaged people in the city, while a section of the Upper East Side has the highest concentration of economically privileged people. Looking at life expectancy in these same areas, there is an almost 15 year difference, with residents of this portion of Brownsville living an average of 70.6 years and residents of this portion of the Upper East Side living an average of 84.9 years. Although these analyses cannot tell us exactly what is causing this pattern, these results indicate that income inequality can have a substantial impact on life expectancy. 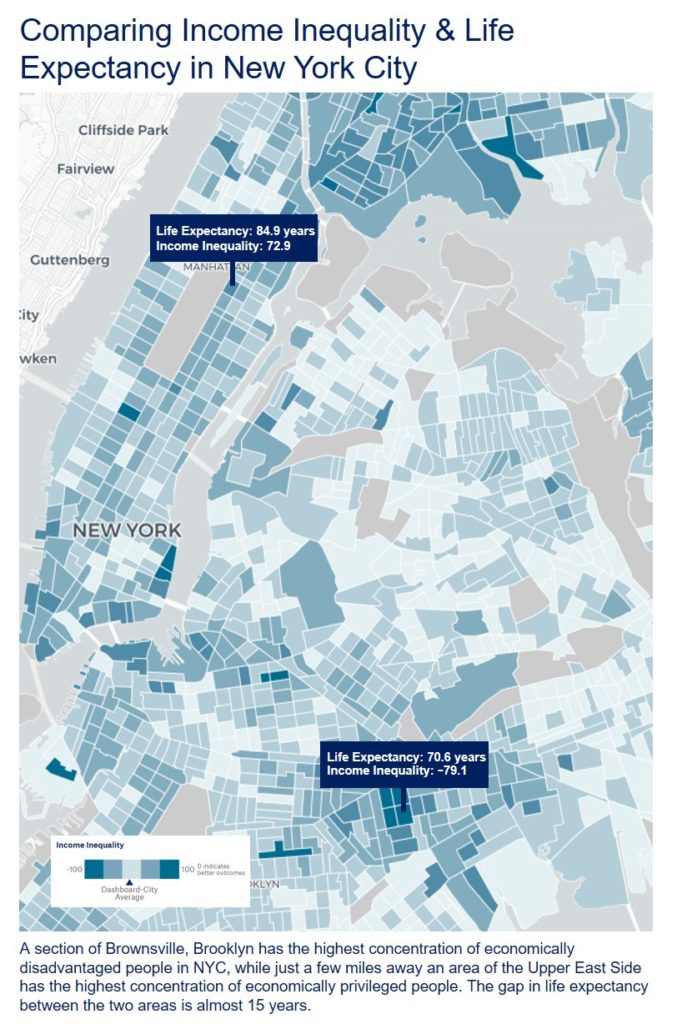 What Are Some Solutions?

There are a number of policy solutions that cities can implement to begin to address income inequality. Here are a few:

These types of programs and policy changes can help to reduce income inequality, and give everyone, no matter where they live or how much money they make, a fair and just opportunity to live a long and healthy life. 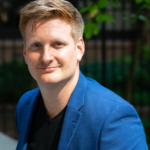 Dr. Shoshanna Levine (left) is the program director for the City Health Dashboard in the Department of Population Health at the NYU School of Medicine. She and her team bring data on 37 measures of health and its drivers at the city and neighborhood levels to the 500 largest U.S. cities, those with a population of 66,000 or greater, to guide local solutions that create healthier and more equitable communities.

Additional support for this blog was provided by Peggy Hsieh and Samantha Breslin.

Economic Advantage and Disadvantage in Communities of Color