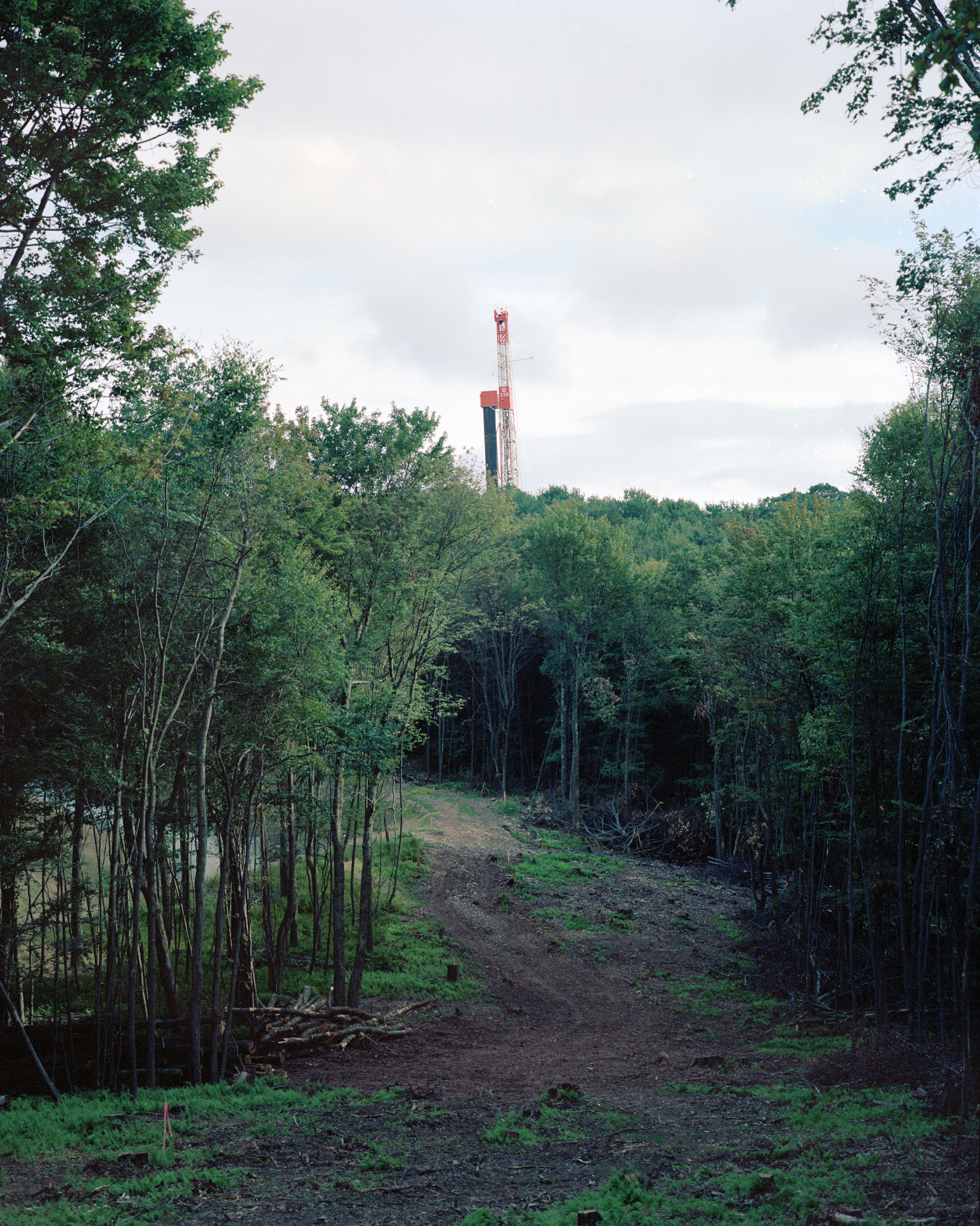 The first time I sat down with Doyle and Peggy Bodle, retirees living in a modest double-wide trailer in the Appalachian foothills of Lycoming County, part of Rural Middle America in northern Pennsylvania, to talk to them about how shale gas drilling had impacted their lives, Doyle showed me a pitcher of discolored, turbid water drawn from his tap. Peggy held up a stack of white dishes that had become ringed with brown smudges after she ran them through the dishwasher. They invited me to turn on the faucet in the kitchen; the water popped and fizzed like soda. The source of the contamination was a gas well drilled on their neighbor’s property. According to the Pennsylvania Department of Environmental Protection (DEP), faulty cement casing had allowed a cocktail of chemicals and methane to leak out of the gas well and into the Bodles’ well water.

Doyle was livid that the petroleum company (which he asked me not to name) refused to admit responsibility. Along with five neighbors whose drinking water was also impacted by the faulty gas well, the Bodles were preparing a lawsuit against the offending firm. Nonetheless, the Bodles refused to conclude from their experience that greater government oversight of shale gas drilling — aka fracking — was needed. They emphasized personal responsibility.

Peggy compared fracking to everyday risks that people accept in exchange for convenience: “Everything at one point in time, they put stuff on it like formaldehyde when we were growing up…and we ate that.”

Doyle interjected, “I agree with her. With all the chemicals that we’re putting on our crops today…you can’t tell me they know that’s 100 percent safe.” Drawling a parallel to fracking, he added, “It doesn’t matter where you live, you’re gonna have water problems.”

(Doyle was alluding to the fact that about 3.5 million rural Pennsylvanians rely on private water wells, which are unregulated by the state and frequently have at least one water quality problem).

The Bodles didn’t trust the DEP — or any other bureaucracy — any more than they trusted the petroleum company that tainted their water. To them, any solution to managing the risks of fracking that involved greater government oversight of industry and private land-use decisions was a nonstarter.

The Bodles, like many in this rural county which voted overwhelmingly for Donald Trump last year, were firm believers in self-determination — even if that meant acting as their own actuary when it came to managing the potential harms associated with fracking.

Even as they struggled to hold the petroleum company accountable, the Bodles and their neighbors refused to speak out against the industry or accept pro bono legal counsel from an environmental advocacy group. They didn’t want to make it a political issue, they said. All they wanted was for the offending firm to “make things right” by providing them with a filtration system, and to be left alone. Doyle and Peggy were adamant that it wasn’t their place to say or do anything that might compromise their neighbors’ ability to profit from fracking.

Justified under the principle of “live and let live,” the Bodles’ and other rural Pennsylvanians’ inaction in the face of industry malfeasance can be understood as a form of civic dissociation. Their apparent elevation of property rights, self-reliance, and privacy over the public good effectively emboldened the fracking industry and facilitated environmental degradation.

While residents were often cynical about federal, and state, governmental institutions, many immersed themselves in municipal politics. In fact, the French intellectual Alexis de Tocqueville, author of the landmark 1835 book Democracy in America, would applaud the region’s associational life. Locals were on a first name basis with their county commissioners and municipal Board of Supervisor members. Perfunctory town hall meetings with the state representative in a hamlet of 2,000 inhabitants routinely drew almost a hundred of them. Dozens of residents in outlying municipalities, many of which were populated by only a few hundred taxpayers, regularly crammed into township meetings to discuss topics such as whether to add a stoplight at a busy intersection, replace a damaged guardrail, or allow a new restaurant to sell liquor. Typically, though unnecessarily, residents would state their name and address before speaking. Elected township supervisors would listen, debate, and, ultimately, vote.

Residents routinely studied up on the issues and engaged in spirited discussions about land use decisions. This was civic association in action, in which residents deliberated over the public good, and what they owed their neighbors. To my surprise, it was common that even libertarian-leaning townsfolk commonly supported various forms of land-use restrictions in cases brought before the Board of Supervisors in the name of protecting scarce public goods like a community’s “rural character.” In one example, Upper Fairfield residents urged their elected supervisors to reject a permit application for a parking lot on the grounds that it was an “incompatible” land use in an area dominated by bucolic farms and rolling hills. Locals treasured their capacity to decide matters like these for themselves and took that responsibility seriously.

The Mindset Around Fracking

The same kind of dynamics were at play regarding fracking. Most locals supported the industry — which they saw as an economic lifeline amid deindustrialization and rural brain drain — and didn’t want the state capitol regulating it into oblivion. But that doesn’t mean they thought petroleum companies should be able to do whatever they wanted. The right balance, in their minds, was local control over the industry. Locals routinely turned up at permit hearings regarding new gas wells, compressor stations, and water withdrawal sites to urge their municipal supervisors to mitigate the quality-of- life issues commonly associated with fracking — such as truck traffic, noise, light pollution, and possible water contamination — before approving a permit.

There was just one problem: Permit hearings were mere performances of local decision-making. Like many other conservative-leaning oil- and gas-producing states, Pennsylvania has stripped municipalities of their traditional autonomy to control the placement of oil and gas infrastructure in their communities. So long as petroleum companies’ proposals meet state guidelines, township supervisors can’t deny a permit application and have been sued for trying. The residents I befriended across north-central Pennsylvania were furious to learn that they had no say whatsoever over a land use that would impact them. Local democracy has effectively been overruled.

It makes sense that petroleum companies — many of which leased thousands of contiguous acres that spanned municipal, county, and rural-urban boundaries — would consider it onerous to deal with a patchwork of distinct regulations across the areas where they operate. For its part, the Pennsylvania state government asserts that enabling the “reasonable development” of oil and gas is a “statewide concern” and is therefore “within the sole authority of the state to regulate.” But the preemption of local oil and gas ordinances enacted by Pennsylvania and other shale-rich states like Texas and Colorado — which all nominally allow municipal “home rule” — make fracking a uniquely invasive industry that is subject to less community oversight than almost any other land use.

In Pennsylvania and other states, a number of municipalities — including conservative ones — are defiantly enacting local fracking restrictions or even bans and litigating their right to community home rule in court. Whether or not they succeed, the lesson is that many rural residents are willing to support environmental regulations if they get to help write the rules. They are not so much anti-environment as they are pro self-governance. This jibes with a recent Duke University survey, which found that rural Americans “are just as committed to environmental issues as their urban counterparts;” it is just that “the policy toolbox that has been put forward around many of these issues” — i.e., top-down government regulation — “doesn’t fit well with them.”

If there were room under the umbrella of environmentalism for greater individual- and community-level control over local land uses like fracking, I believe that rural, conservative residents — many of whom see themselves as land stewards — could be potential allies in the push for greater environmental protections. The result would be a win not only for the planet, but also for heartland communities — and democracy itself. 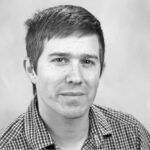 Americans More Concerned About Climate Change Than Ever