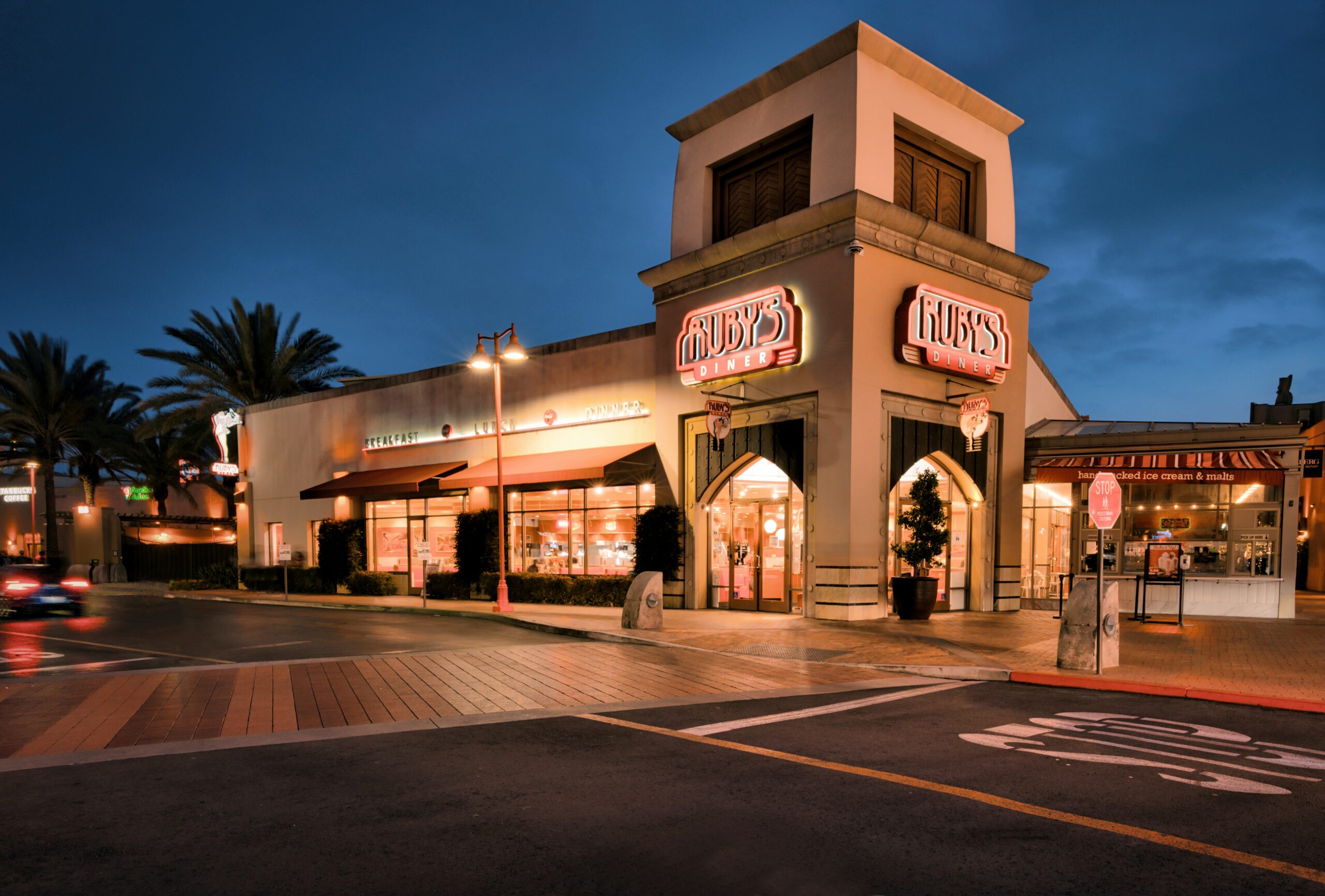 Dining out was the No. 1 leisure activity Americans engaged in during much of the pandemic, according to an MRI-Simmons survey completed last fall and filtered into the American Communities Project types this past summer. Fifty-one percent of Americans said they dined out in the previous 12 months before taking the survey, sometime between September 2019 and August 2021.

The percentages were higher in white middle- to upper-middle income communities, including the affluent Exurbs on the outer reaches of cities, Rural Middle America across the upper tier of the country, Middle Suburbs in the Rust Belt, and LDS Enclaves in the Mountain West. The percentages were lowest in communities of color, multicultural communities, and those based in the South. In the bunch, the Urban Suburbs‘ average percentage may be a particular surprise, given these communities are known for their high incomes and on-the-go lifestyles, but heightened restrictions on restaurants and individuals’ precautions during the pandemic may have curbed dining out among residents.

Just 7% of Americans nationwide said they dine out two or more times a week. But this was not evenly distributed among the 15 community types. Residents in Exurbs, Evangelical Hubs, and Working Class Country — predominantly white communities of varying income levels — were much more likely than average to dine out often each week. Big Cities and Urban Suburbs, where many might expect eating out to be popular, faced more restrictions in the pandemic, and were below average. Meanwhile, Native American Lands' residents were significantly less likely than average to dine out at least twice a week.

What Were Popular Restaurants?

Survey participants were asked about 65 brands of restaurants they bought or ate at in the last 6 months. 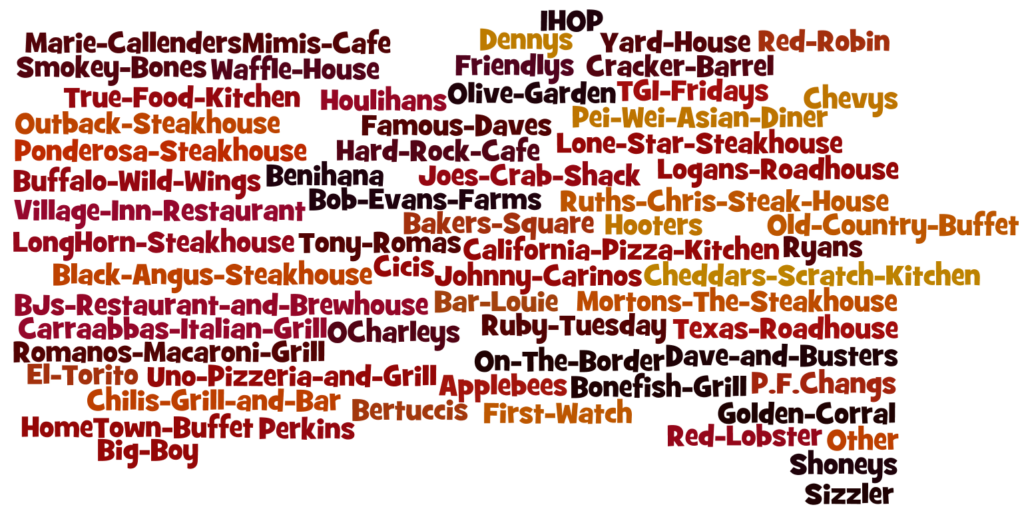 Below are the ones that stood out for having an overall response rate of at least 5%.

Many may recall the Applebee’s commercials and social media spots that went viral during the pandemic. Applebee’s, which started in Decatur, Georgia, in 1980 and known now for its large, affordable menu, was most popular in middle-income communities of varying diversity, including Middle Suburbs, College Towns, Urban Suburbs, and Military Posts.

Compare that to competitor Chili’s Grill & Bar, which started in Dallas in 1975. It was more popular in many economically and ethnically diverse communities concentrated in the Southwest and West, including LDS Enclaves and Hispanic Centers, as well as stratified Big Cities and affluent Exurbs across the country. Chili's brick-and-mortar restaurants are more plentiful in these parts.

Slightly less popular overall was IHOP, focused on American breakfast foods with lunch and dinner menu items. Established in 1958 in Burbank, California, 12 miles from downtown Los Angeles, IHOP was much more likely than average to be patronized in Big Cities and Urban Suburbs ringing cities. IHOP's presence is more limited in a range of rural communities.

With a similar premise of offering affordable, American breakfast foods, Denny's rounded out the top chains nationally. The restaurant's appeal generally encompassed a wider geography than IHOP's. Denny's was founded in 1953 in Lakewood, California, and opened its first international restaurant in Acapulco, Mexico, in 1967. Residents in Hispanic Centers, known as agricultural bastions, were 102% more likely than average to have eaten or bought food at Denny's in the six months before taking the MRI-Simmons survey. Big Cities and more rural LDS Enclaves were also more likely than average to have patronized the diner.