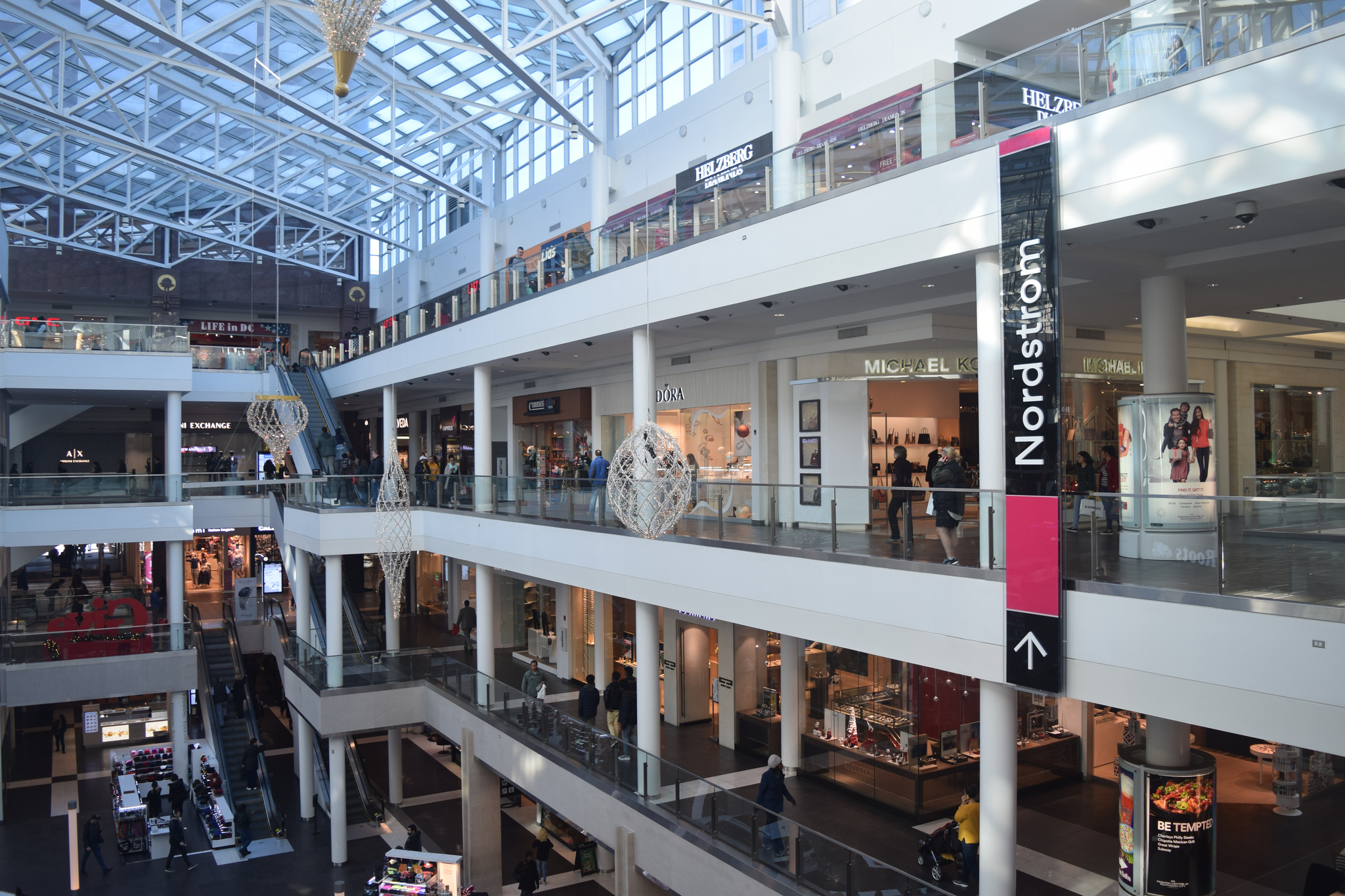 There are many ways to explore community and tribalism in 2018 America. The 15 community types of the American Communities Project occupy separate economies, geographies, and political realities. And those factors combine to create markedly different consumer environments and cultures. (You can see a map of the ACP types here.)

Data from Simmons Consumer Research show how the shopping habits across the ACP are deeply tied to the cultural and socioeconomic disparities that define them. And it’s about more than just store locations. The data suggest that where people shop for gifts this holiday season, in stores and online, has a strong connection to where they live and how they live.

When you dig into the data and look at specific store brands, clear trends emerge. Consider three store brands with well-developed identities: Nordstrom, Cabela’s, and Hallmark.

Nordstrom, Where the Urban Suburbanites Shop

At first blush, it’s probably not surprising that Nordstrom, a high-end department store located around big urban areas, overperforms among people who live in the Urban Suburbs. Simmons data shows people who live in those counties are 80% more likely than average to say they have shopped at the store in the last three months. If you live near something, you are more likely to shop there.

But what’s more interesting is how the differences hold when Simmons moves to the question of online shopping in the last three months.

Obviously, multiple factors play into these differences. Socioeconomics, or wages to put it more simply, play a role. Nordstrom is not an inexpensive store and incomes are lower in Working Class Country counties.

But the differences between the Urban Suburbs and Exurbs are harder to explain. Those two community types are fairly close in terms of household income and education level, yet the online shopping patterns for the store look nothing alike.

Some differences may be explained by geography: Nordstrom stores are based in Urban Suburb counties and people may be taking their brick-and-mortar experiences online with them. However, deeper cultural/political reasons may factor in, too.

Nordstrom waded into American politics when it stopped selling Ivanka Trump’s clothing line early in 2017, shortly after President Trump’s inauguration. When you look at the store’s customer base, that move makes some sense. The left-leaning Urban Suburbs voted heavily for Hillary Clinton in 2016, while the solidly Republican Exurbs voted for Donald Trump.

That’s not to say Exurbanites stopped shopping at Nordstrom after that move. The point is, rather, that Nordstrom, heavily-based in Democratic-leaning areas and patronized by those shoppers, made a decision that followed its consumer culture. As a result, it has deepened its reputation as an urban, blue-America store. Note that there’s been no backtracking to return the First Daughter’s clothing to the store’s shelves.

This shopping pattern is not limited to one retailer. The Simmons data show there are clear favorite store brands in different ACP communities, even online. Foot Locker dominates in the African American South. People there are 58% more likely than average to say they have shopped online at the store. In College Towns, people are 33% more likely than average to say they’ve shopped online at American Eagle.

And some brands suggest a clear cultural/political divide.

Cabela’s, the “world’s foremost outfitter,” is immensely popular in the Evangelical Hubs. There, people are 58% more likely than average to say they have shopped at the store online in the last three months — probably for the outdoor and hunting equipment they want and need in their more rural locales.

Some of those discrepancies are almost certainly about the kind of items Cabela’s sells. Cabela’s focuses on hunting equipment  — decoys and tree stands — and firearms on its site. Those kinds of items likely draw in the hunters who live in rural Evangelical Hub locations, but may turn off residents in the Urban Suburbs, where hunting is less popular and guns are often frowned upon. The Exurbs, which are somewhat more rural than their urban counterpart and which lean Republican, are better targets for Cabela’s.

There is plenty of high-end camping gear at Cabela’s that could attract Urban Suburbanites. But they can already visit non-gun-selling REI.com for it. And they do, 10% more than average.

And consider Hallmark, the creator of greeting cards and a seemingly endless string of Christmas movies. Its most loyal shoppers live in rural communities, particularly the Aging Farmlands and Rural Middle America.

What’s driving those numbers? If you live in a Big City, you may associate Hallmark with birthday and holiday cards. But if you have watched any of the raft of Christmas movies the company has released, you know the brand has worked hard to tie itself to the virtues of small-town life — often peddling jewelry and decorations in the process. Hallmark has two cable networks to help disseminate that message.

In each of these cases, the point isn’t just that different communities more heavily patronize these stores, it’s that these stores have cultivated images that resonate with a particular kind of community in the ACP. It’s a sign of how deep the differences run in the country — from the types of jobs people hold, to how they tend to vote, to where they shop.

To be clear, there are still retailers that bind us as a country, according to the data. Some mega-stores transcend socioeconomics, geographic sorting, and culture.

For example, most everyone shops at Walmart, the data show. Across all 15 ACP types, it ranks among the top three store chains where people have shopped in the last three months, from the densely populated and diverse Big Cities to the sparsely and overwhelmingly white Aging Farmlands. In fact, Walmart ranks as the No. 1 retail destination in 12 of the 15 types.

And when you broaden the view to include online, more commonalities come through. The No. 1 and No. 2 online stores across all 15 types are Amazon.com and Walmart.com, respectively.

But that’s not exactly the consumer equivalent of singing kumbaya. Amazon and Walmart are big-box stores that sell a lot of different kinds of merchandise. It’s impossible to tell from the data whether people are buying iPhone Xs or $50 flip phones or lip balm.

In the boutique store brands — the brands with identity — the differences are clear and not easily explained away by location or income. Labeling consumer choices as “culture” may seem like crass shorthand, but it’s really apropos. In 21st century America, where your community shops is a strong bit of evidence that the place you live plays a large role in defining your world and your life.