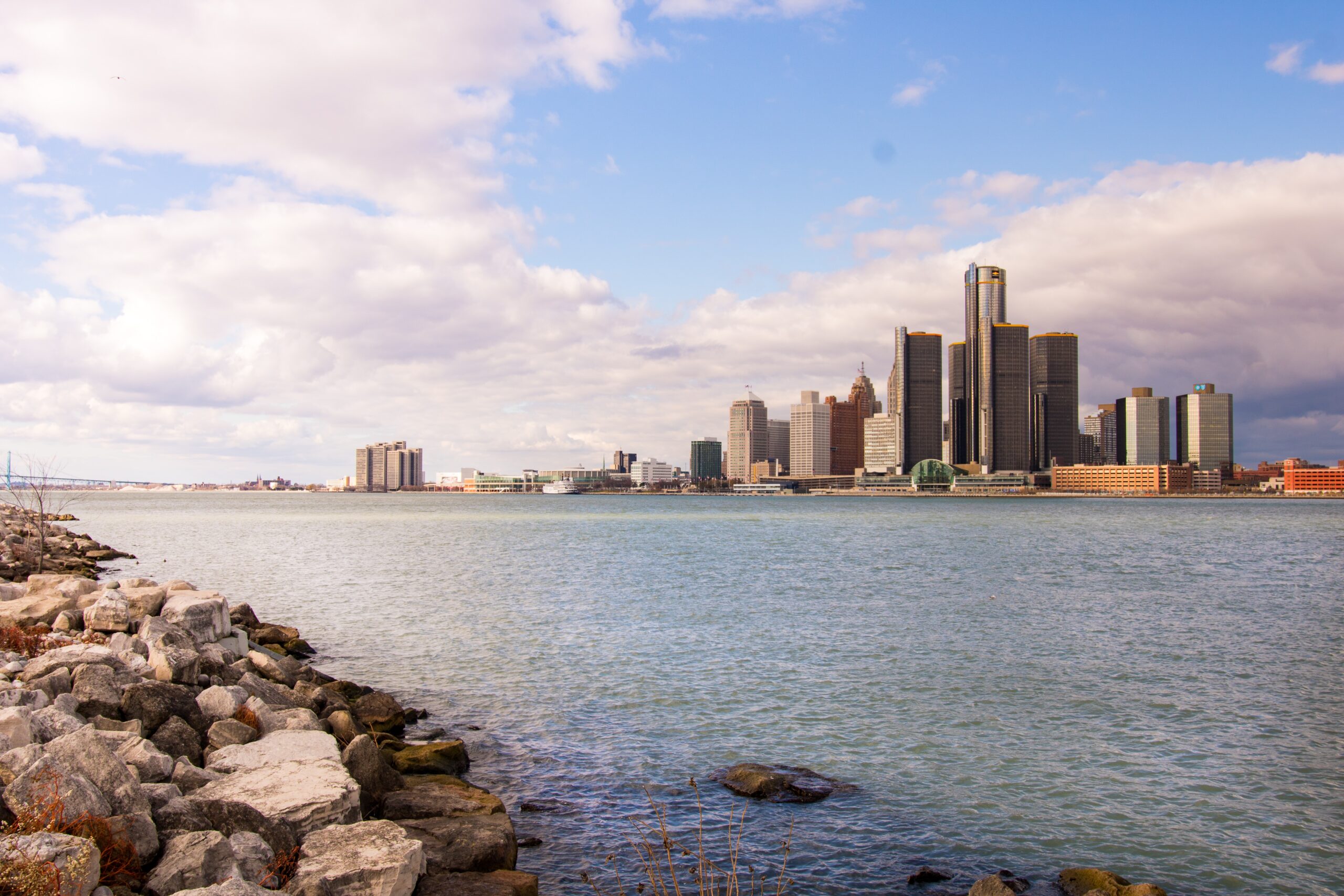 While Gov. Gretchen Whitmer sailed to victory in her bid for a second term as governor over Republican nominee Tudor Dixon with more votes statewide than she received in 2018, she did so winning fewer votes in Wayne County (a Big City county) than during her first campaign for governor.

Michigan voters set records this midterm election, with more than 4.5 million residents turning out to vote, including 1.8 million doing so via absentee ballot, according to data from the Secretary of State’s office.

About 230,000 more voters turned out statewide in November than in the 2018 midterm election, said Secretary of State Jocelyn Benson. The percentage of registered voters who turned out to vote decreased by one point, resting at 56.7%, as the total number of residents registered to vote grew.

However, while the state saw record breaking turnout, official results show that Wayne County’s turnout fell slightly compared to 2018. More than 651,000 residents turned out to vote this year, compared to just over 670,000 who voted in 2018.

Wayne State University’s Senior Director of Auxiliary Businesses DeShaun Harris said that although he was not pleased with Wayne’s voter turnout, he was very content with the results of the election.

“Voter turnout was really low,” Harris said. “If those … people who were registered showed up and voted, perhaps that would have widened the gap a little bit in some of these easy sweep counties.”

“This would not have happened if it had not been for young people showing up,” Bowens said. “Students showing up at MSU and U of M, and people who are not in school — between the ages of 18 and 25 in particular — really made a significant difference.”

Wayne State University was one of 400 schools recognized for having the “most engaged effort” to get students to vote, according to ALL IN Campus Democracy Challenge – a nonpartisan nationwide program that encourages the democratic engagement of college students. It was also reported that students waited for hours to cast their ballots at different campus precincts, including at the University of Michigan–Ann Arbor and Michigan State University.

According to National Election Pool exit polls, 65% of voters between the ages of 18 and 29 voted for Whitmer, while 33% voted for Dixon. In the November election, 18- to 29-year-olds made up 10% of voters, while in 2018 they made up 18%, with Whitmer winning 63% of their vote in comparison to Republican Bill Schuette’s 34%. That means that voters ages 18 to 29 made up a smaller share of the electorate this midterm than 2018, but roughly the same percentage voted for the Democratic candidate.

Wayne County resident and University of Michigan–Dearborn junior Ethan Adams said he did not see any on-campus voting and people were not talking about the results as much as he expected.

“I saw a decent amount of people with the ‘I Voted’ stickers,” he said. “Most of my teachers just said to go out and vote. None of my classmates were really talking about the election before, or the results after.”

High turnout might not have been felt on the University of Michigan–Dearborn campus, and younger voters did not show a record-breaking voter turnout percentage. Yet 18- to 29-year-olds still vote overwhelmingly Democratic, so this group of voters was vital to Whitmer’s win.

Proposal 3, which adds the right to an abortion to the state constitution, was a controversial topic expected to drive voter turnout, especially among women. Adams said he had not heard much about the issue around campus.

“I saw a lot of signs for both sides, more by my house honestly,” he said. “I didn’t see a lot on campus or around campus in Dearborn.”

Bowens identified a shift in how abortion was discussed leading up to the election, which he said might have led to people favoring the codification of abortion rights. Viewing it as a woman’s control of their body, he said, is more productive than talking about “reproductive health.”

“When you say reproductive health, you sound like you’re in a health class,” he said. “But when you say women should have the right to do what they want to do with their bodies, and the government shouldn’t be telling them, and politicians shouldn’t be in that choice between a woman and her doctor, well that makes sense. And everybody gets that. Guys get that. I get that.”

Though he sees it as a victory, Bowens thinks Proposal 3 passing is just one battle won when it comes to women’s rights.

Backed by the support of the state legislature, which Democrats will have complete control of for the first time in nearly four decades after flipping both the state House and Senate in November, the test for Whitmer this term will be whether she can uphold those promises.

Adams said he hopes Whitmer’s administration will alleviate his college debt and expand workers’ rights, but he has his doubts.

“Sometimes, it’s just hard to feel like there’s a lot of change going on,” he said about action in government.

Bowens said he thinks people are expecting Whitmer to relieve economic pressure and avoid a recession. Practically, he thinks there are ways for Whitmer to change the current economic trajectory.

“Most people know that you can’t just write a check to pay their electric bill, but you could weigh in on a commission that regulates them,” Bowens said. “What she has the power to do is to set the tone for people to be able to navigate their way through a storm, and that’s really important.”