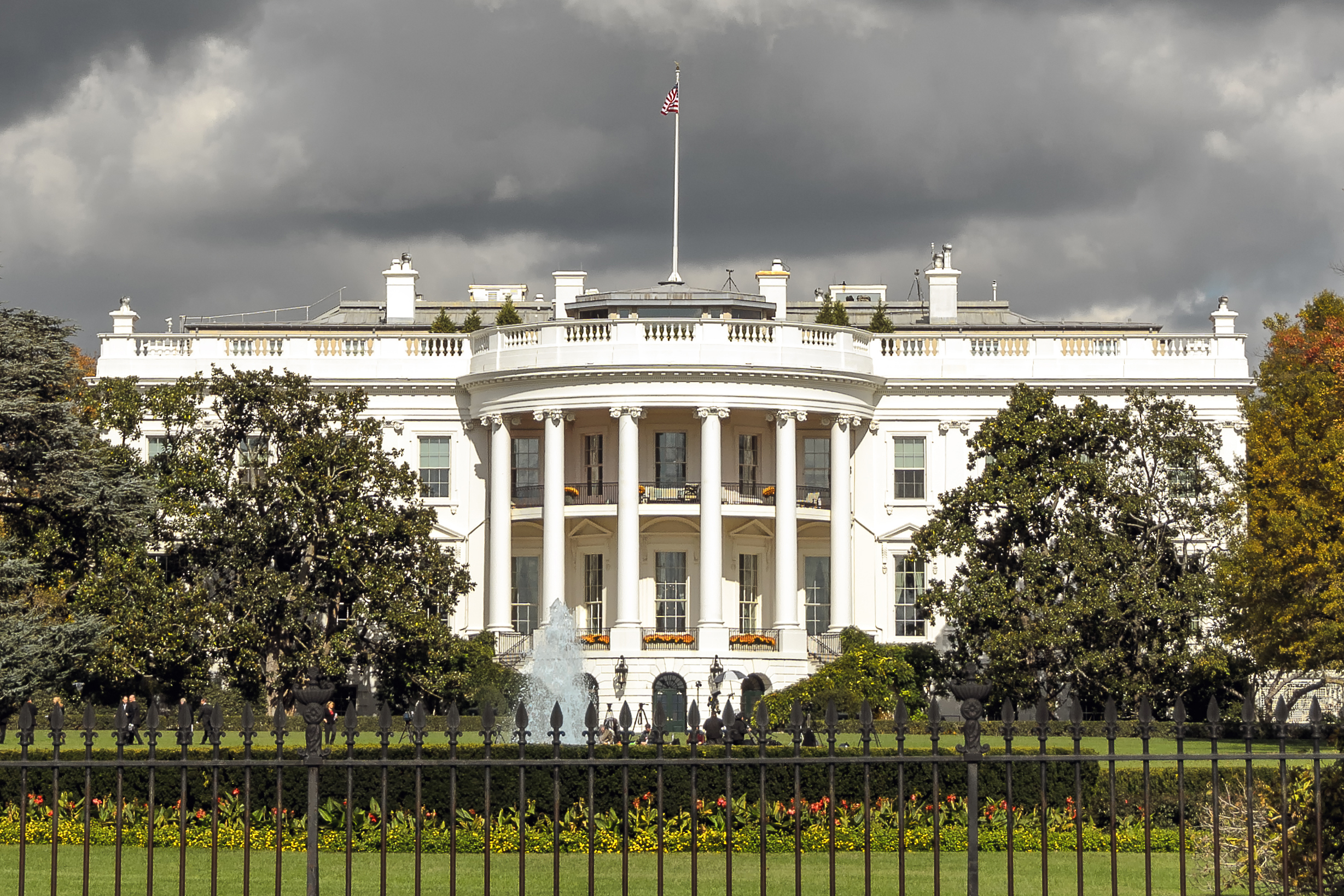 In short, the 2020 election results feel less like an ending than they do an uncertain midway point in a broader realignment. Some communities appear to be turning more solidly “red” or “blue,” while others appear to be more in the wind, as the Democratic and Republican parties go through a period of transition.

Joe Biden hit a Democratic high-water mark since 2000 in vote percentage in some of the most Democratic places: Big Cities and Urban Suburbs. Donald Trump did the same in places that are reliably Republican: Aging Farmlands, Evangelical Hubs, Graying America, Rural Middle America, and Working Class Country.

Each candidate received 60% or more of the vote in these eight community types.

But the real story in 2020 may be the community types that moved more than expected — and in ways considered out of character for their voter profile. Four types made particularly striking shifts: College Towns, Exurbs, Hispanic Centers, and Military Posts. All saw their Democrat/Republican margin move by more than three points, with Trump gaining in the Hispanic Centers and Biden gaining in the others.

To be clear, 2020 is a particularly difficult election from which to draw sweeping conclusions. Donald Trump is a unique force in politics, inspiring great passions — positive and negative. And no recent election has featured any issue like Covid-19, which has simultaneously shaken the nation’s health-care system and its economy. Together the factors create a complex set of circumstances to parse in order to understand what exactly was driving voters’ choices. Still, the shifts in the four community types outlined above are noteworthy. Below is a brief look at each.

College Towns. For all the talk of how Joe Biden was not firing up the Democratic base, his improvement in these counties showed that measures of “enthusiasm” can sometimes miss the point. Biden didn’t hit a high-water mark in the College Towns this year — Barack Obama did that in 2008, drawing 54% of the vote from these communities. However, Biden’s 53% was very strong. It was better than Obama’s 51% in 2012 and a significant improvement over Hillary Clinton’s 48% in 2016. And that total came without Biden generating a stir among younger voters.

Those figures may seem low for places known as young and politically liberal, but remember that not every College Town is Boulder, Colorado, or Madison, Wisconsin (Dane County). Many of the ACP’s College Town counties contain a few small or medium-sized colleges surrounded by rural areas and populations, which tend to lean Republican.

For Democrats, the College Town results are a good news/bad news story. It’s a sign that the party doesn’t need the amped-up enthusiasm of a 2008-era Obama to run up big margins, but it also may signal that the party does need something to inspire them — even if it is negative passion for a Republican opponent. One overall message the 2020 results may be sending:  Democratic voters in College Towns need to believe the stakes are high to turn out. If Democrats can find a way to create that kind of urgency in other elections, they might be able to more reliably count on these communities for bigger numbers.

Exurbs. Wealthy, well-educated, and reliably Republican, these places that tend to sit on the edge of metro areas have long been home to establishment Republican voters. President-elect Biden’s 5.9-point margin of improvement is notable. Although Trump won the Exurbs by 12 points, he received the smallest margin of any Republican in these communities since 2000. And Biden’s percentage in these places, 43.3%, was a high-water mark for any Democrat since 2000. Since the election, there has been some talk of Democrats “renting voters” in the suburbs. That’s clearly not true in densely populated areas like the Urban Suburbs (which are now reliably Democratic), but even in these Exurban counties, that language may miss the point.

Over the last decade, the Democrats have increasingly made inroads with college-educated white voters, precisely the type of voters who live in the Exurbs. It is possible that the movement in these counties this year is part of a larger trend rather than a one-time aberration. Look at Delaware in Ohio, which is just north of Columbus, where Trump’s margin went from 15.8 points in 2016 to less than seven this year. More than 54% have a bachelor’s degree there. In Waukesha County, Wisconsin, 45% have a bachelor’s degree, and Trump lost 6 points in margin. Nationally, about 32% of adults have a bachelor’s degree.

Depending on the direction the two major political parties take in the coming years — in policy and tone — Democrats may be able to grow their vote in the Exurbs, moving these counties more squarely into battleground territory. If the Republican Party continues to tie itself explicitly to Trump, the Exurbs seem much less likely to snap back into the massive GOP margins of the past.

Hispanic Centers. Trump’s 3.5-point margin of improvement in these often closely-contested counties is one of the biggest surprises in the 2020 results. Going into the election, polls suggested and analysts believed that Trump was struggling with Hispanic voters. Yet some of Trump’s biggest gains came in these counties. Much has already been written about some of the big shifts, such as Trump’s gains in Texas counties along the Mexican border. He saw double-digit improvement in several border counties, such as Cameron, Hidalgo, Starr, and Zapata — Trump actually flipped Zapata.

Often the story of Hispanic Centers is about divides within their populations, with their Hispanic and non-Hispanic populations voting differently. But that is not what happened in the Texas border counties, which are all 90% or more Hispanic. And while “Hispanic” is an inherently complicated term that includes people from many countries and a range of backgrounds, Trump improved his vote numbers with Hispanics across the country. Miami-Dade County, Florida, a Big City in the ACP that is 70% Hispanic, saw a huge swing in vote toward Trump. You can also see swings toward Trump in Hispanic wards of other Big City counties in northern states.

It will take time to understand all these moves, but if 2020 is more than an aberration, there are signs in these Hispanic Centers of what the GOP could become. For Republicans, there are hopes that Trump’s improvement in these communities is about the GOP making inroads with working-class voters of all types, not just working-class whites. These Hispanic communities tend to look like working-class white communities in terms of educational attainment and median household income. If this shift is real, it could remake the conventional wisdom about how politics is changing. The idea that the political future looks sunny for Democrats because they hold big margins with growing Hispanic populations was always just a theory, but it looks less certain now than it did a year ago.

Military Posts. Biden’s improvement in these traditionally Republican counties in and around military bases was substantial, a gain of 5.4 points. And the amount of vote Biden captured, 43%, was just under Barack Obama’s 44% in 2008, an election that Obama ran away with. This year’s results were a surprise; no one was really monitoring the vote in these places. There could be a number of reasons for Biden’s better performance here. The president-elect’s late son, Beau, was an Iraq war veteran. And before the election, media outlets reported that Trump did not confront Russian President Vladimir Putin about allegations that the Russian government paid bounties to Taliban troops to kill U.S. soldiers in Afghanistan.

There’s more to understand about the forces behind these changes. Military Post communities are complicated places full of active-duty soldiers, families with ties to those soldiers, civilians that work on the bases, as well as veterans. Those different groups might hold contrasting views of Trump and Biden.

Regardless of the reason, the moves in margin are visible in a range of Military Post communities around the country. In Montgomery County, Tennessee (home of Fort Campbell), Trump’s margin eroded by about 6 points. The same was true in Coryell County, Texas (home of Fort Hood). Virginia Beach, Virginia, home to more than one military base, flipped from Trump in 2016 to Biden in 2020.

To be clear, in most cases these communities did not make wild swings to Biden and the Democrats. Military Posts are, for the most part, still reliably Republican. Trump won them by about 12 points. But these shifts matter within states, particularly battleground states home to several Military Post counties, such as North Carolina and Georgia. Small changes in margin could have a big impact in the years to come.

In Pennsylvania, Are Oz Voters Different from Trump Voters?