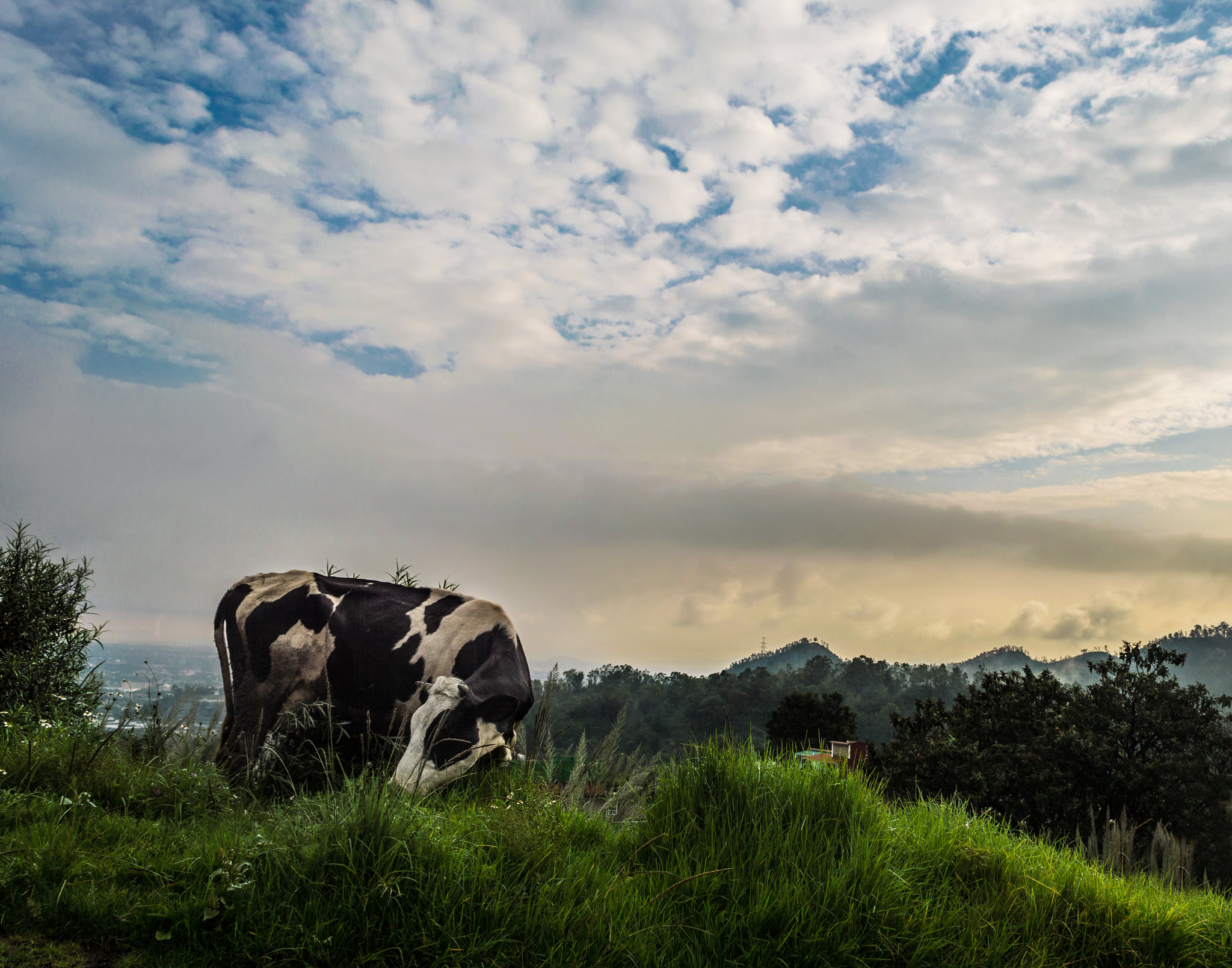 What does it mean to live in rural America? The U.S. Census Bureau considers rural to be any place not in an urban area. Ahead of the American Communities Project’s report on the complexity of rural America, we spoke with Michael Ratcliffe, assistant division chief of geographic standards, criteria, research, and quality at the U.S. Census Bureau’s Geography Division.

American Communities Project: Why is classifying what is rural or urban in America more difficult than it may seem?

Michael Ratcliffe: First, I should note that there is no single, official definition of rural in use by federal agencies. It’s also important to point out that the Census Bureau does not specifically define “rural.” Rather, specific urban areas are defined, with the remaining, non-urban, areas defined as rural. As a result, the areas of the U.S. that are considered rural encompass a wide variety of settlements and landscapes, from low-density housing subdivisions on the fringes of urbanized areas, to small towns in predominantly agricultural areas, to frontier-like areas located long distances from urban centers. The individuals and communities in these diverse settings have different needs, face different challenges, and interact with other rural communities as well as urban centers in different ways. To classify them all under a single category of “rural” masks their various characteristics, interactions, and needs.

ACP: What considerations should be taken into account when creating a definition of rural?

MR: Any attempt to define rural areas needs to take into account settlement size, population density, proximity and isolation from larger urban centers, and the broader social and economic context. The various definitions of rural that currently are in use reference different population size thresholds. The minimum population size for a Census Bureau-defined urban area is 2,500. The Office of Management and Budget’s micropolitan statistical areas require a Census Bureau urban area of at least 10,000 persons. The U.S. Department of Agriculture uses varying sizes of urban areas or, in some cases, defines individual cities and towns as rural if they have populations below a specified threshold. The Rural Health Clinics Program defines rural as any area outside a Census Bureau-defined urbanized area of 50,000 or more. 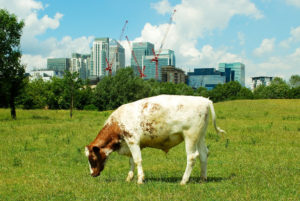 Settlement size, though, is only a part of the story — population density and context are also critical. A town of 500 people is urban if it is part of a larger, densely settled agglomeration of at least 2,500 people. But, if that town of 500 people is just outside the boundaries of an urbanized area, is it more or less rural than a similar sized town that is located a great distance from a large urbanized area? This is where proximity and isolation must be taken into consideration as it affects the social and economic relationships that exist between a rural and urban area.

Those functional relationships may be critical for understanding the nature of both rural and urban areas and the symbiotic relationship that exists between them. The economy of a small urban area of 30,000 people may be based around food processing and transport, and dependent on the surrounding rural area for commodities. Likewise, the rural area depends on the urban center as a place to put agricultural commodities on the market. In this context, to view urban and rural areas as distinct and separate is to ignore the interdependencies that exist. One could, perhaps, say the same thing about exurban settlements that can be found in the rural areas of large metropolitan areas — these “rural” communities likely would not exist were it not for the high-paying professional jobs in the urban centers to which exurban residents commute every day.

MR: Because the Census Bureau does not specifically define rural, the answer to this question is really one of how the definition of urban has changed. From 1910 through the 1940 Census, the Census Bureau’s urban definition was limited to incorporated places of 2,500 people or more. Everything else was rural. Increasing suburbanization following World War II led the Census Bureau to adopt the urbanized area concept for the 1950 Census, using population density to define agglomerations of 50,000 or more people and encompassing cities and their surrounding suburbs. Outside urbanized areas, the Census Bureau still defined urban places (both incorporated and unincorporated) of at least 2,500 and less than 50,000 people. This definition remained in effect through the 1990 Census. The downside with this approach was that small, densely settled communities of less than 2,500 people that were next to a larger urban place outside an urbanized area were still defined as rural. Likewise, two adjacent, densely-settled places, each with less than 2,500 people, were defined as rural even though together they had over 2,500 people and shared an economy.

The advent of geographic information systems, improved computing technologies, and the availability of nationwide, census block-level population data, facilitated the next change in the urban definition. The Census Bureau extended the urbanized area concept — areas defined solely on the basis of population density — down to the 2,500 person level. This created a seamless set of urban areas defined on the basis of settlement patterns and population density, with the Census Bureau defining urbanized areas of 50,000 or more people and urban clusters of at least 2,500 and less than 50,000 people. This resulted in somewhat substantial shifts to the distribution of urban and rural population in some states.

It is too early to say whether the Census Bureau will change its definition. Many urban/rural researchers agree that the urban-rural dichotomy no longer meets analytical needs, and a continuum of categories would be more useful. How many categories and how each would be defined is open for discussion. Any change in definitions, and especially one as substantial as moving from a dichotomy to a continuum, impacts comparability over time. A lot of discussion needs to occur before any changes go into effect.

ACP: For our forthcoming report we are using the Office of Rural Health Policy’s definition of rural. What is your perspective on that definition?

MR: The Office of Rural Health Policy’s definition, through its use of the USDA’s Rural-Urban Commuting Areas, addresses some definitional issues. By taking into account commuting to urbanized areas, the ORHP definition defines urban census tracts within metropolitan areas that the Census Bureau has defined as rural. Metropolitan area census tracts that have stronger commuting ties to urban clusters of less than 50,000 people are treated as rural by ORHP. This recognizes the social and economic ties that exist between small towns and surrounding rural areas.

I find it interesting that ORHP states that the Census Bureau definition overbounds rural by including suburban areas in its rural definition, but then includes quite a few Census Bureau urban clusters in its definition of rural, thereby pushing the overbounding in a different direction. I think this indicates that, to some extent, what is rural (and urban) depends on what one is trying to achieve. It also provides an indication of how the urban/rural distinction is somewhat fuzzy. Given what ORHP is trying to achieve in terms of policies and programs, their definition makes sense. But, so does the Census Bureau’s. Perhaps the areas that are rural under one definition, but urban under another can help point the way to changes that need to occur in the future.

ACP: What else should we know about delineating urban and rural at the U.S. Census Bureau?

MR: Changes to the Census Bureau’s urban and rural definitions have taken into account changes in settlement patterns in the United States and changing analytical and policy-making needs. Our definitions need to continue to evolve with these changes. Given general dissatisfaction with the fact that “rural” is simply a monolithic, residual category, this perhaps suggests that we need to at least consider distinguishing different types of rural areas, even if rural is still at the outset what is not urban. We need to hear from rural data users about what kinds of categories would best meet their needs, as well as thoughts on the criteria to define those categories.

Many Cultures Take Center Stage in One Kansas Hispanic Center